RICHARD C. PLEUS, Ph.D., heads Intertox Inc., the scientific research and consulting company he founded in 1995. Within Intertox, he brings deep knowledge of toxicology to assist in protecting public health. To date, he has performed more than 600 toxicological assessments and has analyzed the impact of hundreds of chemicals on human health for aviation and space travel, medicine, medical products, consumer products, air, soil, water, food and waste.

Dr. Pleus has particular experience and expertise in:

Dr. Pleus has conducted extensive scientific research at Intertox as an individual and with his global network of colleagues. He has won 6 grants for research in the last 10 years, published numerous peer-reviewed articles and written and edited books and chapters on diverse subjects in toxicology and nanotechnology. He has served as a U.S. delegate for national and international scientific conferences, including the U.S.-Russia Bilateral Presidential Commission on Science and Technology. His consistent presentation of scientific information in clear, layman’s terms, has made him a sought-after expert and presenter for businesses, trade organizations, and universities across North America, Europe, Asia, Africa, South America, and the Middle East.

Dr. Pleus provides scientific expertise on a matter for the Innocence Project Northwest; University of Washington School of Law.

GRETCHEN M. BRUCE, DABT, is Director of Toxicology at Intertox, where she began in 1999. She has over 32 years of experience in conducting toxicological risk assessments in a variety of settings. These include human health impact analyses, regulatory compliance assessments, and workplace exposure hazard assessments. Her expertise in data analysis and modeling allows her to conduct these assessments with unique skill.

Ms. Bruce has particular experience in:

Ms. Bruce has particular expertise in developing and implementing data analysis methods and risk assessments. She is well-versed in the process of litigation, and provides expert toxicological analyses to support legal cases. Ms. Bruce’s expertise allows her to assist clients in maintaining compliance with local, state, and federal toxicological regulations.

Ms. Bruce earned her Bachelor of Science in Environmental Toxicology from the University of California at Davis and is a certified Diplomate of the American Board of Toxicology (DABT).

LISA M. COREY, PhD, DABT, joined Intertox in 2004, and currently works as a senior toxicologist. She has studied the effects of chemicals that may pose a threat to human health for more than 18 years. Her knowledge of human health risks in air, water, and the workplace enables her to have a significant impact in all areas of environmental health and human toxicology.

Dr. Corey has particular experience in:

Dr. Corey is adept at evaluating human health risks from exposure to chemical and biological agents in air, water, soil, and food. She has provided scientific comments and Maximum Contaminant Level (MCL) of perchlorates in water in accordance with California Public Health Goal (PHG) criteria. She has also conducted assessments of jet engine oil and hydraulic fluid in aircraft cabin air. Dr. Corey’s extensive knowledge of human health risks from chemicals allows her to promote her clients’ compliance with local, state, federal, and international Environmental Health and Safety (EHS) regulations, provide litigation support as either a consultant or an expert witness, and develop new toxicological assessments for measuring chemical impacts on human health.

HEATHER M KLINTWORTH, PhD, joined Intertox in January 2013 and worked as a staff scientist until November 2015. She then continued working for Intertox on as an on-demand contract employee while she took time to raise her two daughters. She rejoined Intertox on a full-time basis in October 2021.

Dr. Klintworth has particular experience in:

Dr. Klintworth’s work at Intertox has involved providing scientific support regarding the regulation of chemical and bacterial agents in air, water, soil and food. Examples of her work include completing a multipathway human and ecological risk assessment for roadside herbicides for the Washington Department of Transportation, preparing and submitting GRAS and Letter of No Objection applications to FDA and Health Canada for bacterial agents used in food processing, and developing drinking water fact sheets for hard water, iron, silica, and manganese for the city of Longview, WA.

Dr. Klintworth earned her Ph.D. in Environmental Toxicology at the University of Washington, where she also earned her Master of Science in Environmental Toxicology. She conducted her undergraduate work in Cell and Molecular Biology and Zoology at the University of Washington. Dr. Klintworth completed postdoctoral research at the Benaroya Research Institute. 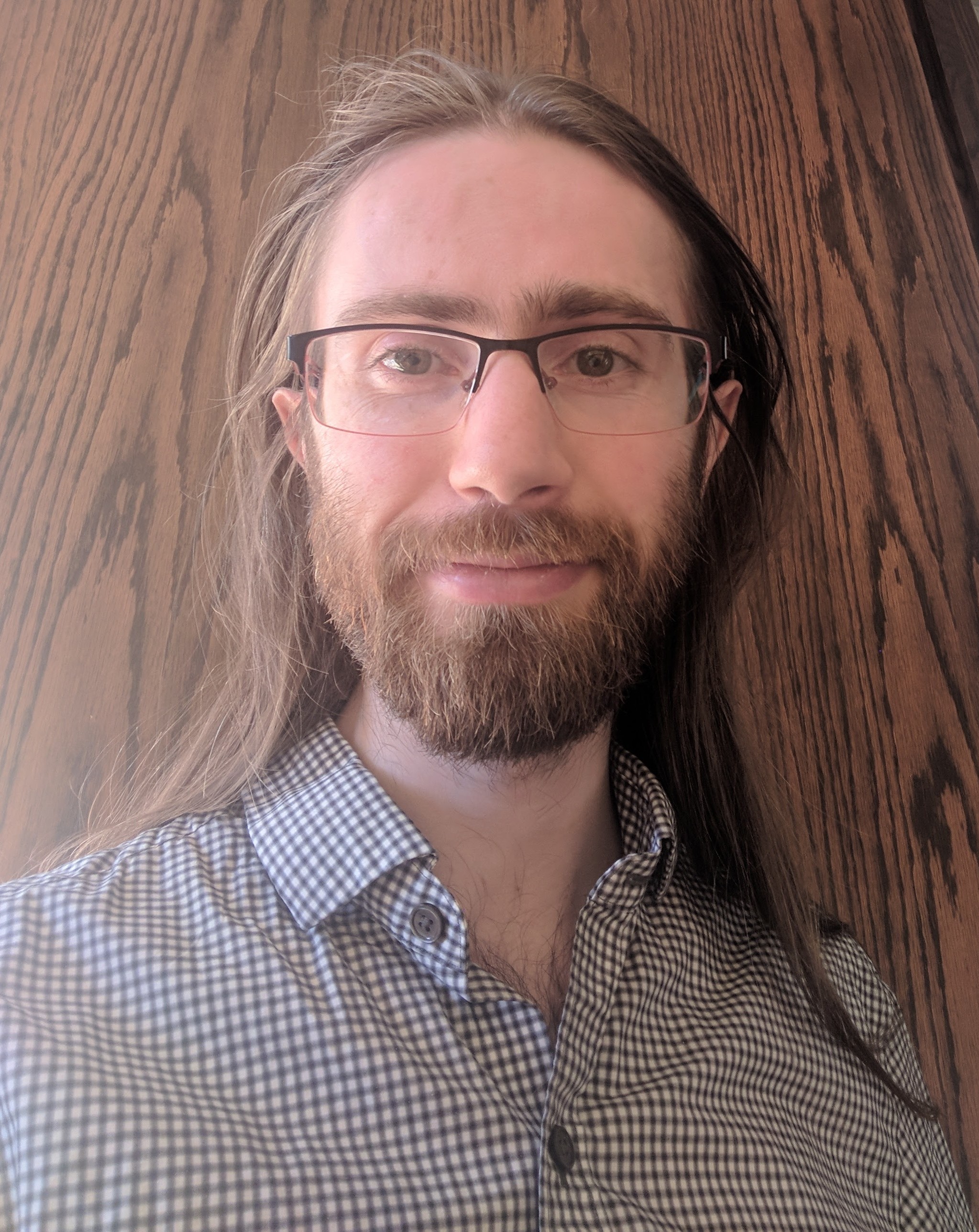 GAVIN BELL began his work at Intertox, Inc. in 2011. With a background in mathematics, his work at Intertox spans areas from litigation support to product safety. His work includes assisting with risk assessments and researching health effects resulting from chemical exposures.

Mr. Bell has particular proficiency in: 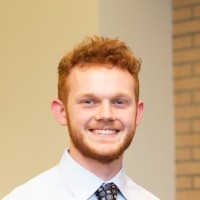 CAMERON BELLAMOROSO’S joined Intertox in June of 2021. Prior to joining Intertox, he worked as a writer, editor, and peer-reviewer for academic and technical publications. His training includes economic and econometric analysis.

Mr. Bellamoroso has particular proficiency in:

Mr. Bellamoroso has formal training and experience with data collection, large-scale database construction and inquiry, survey-design, data cleaning, QC, and statistical analysis. He codes in R, STATA, is familiar with common data-mapping tools, and is skilled at writing and editing scientific materials for both academic publications and legal documents. He also has experience conducting both air and water sample collections to measure potential environmental exposures. Mr. Bellamoroso is particularly interested in understanding health behaviors and finding new ways to communicate health-research to affected populations.

Mr. Bellamoroso earned his bachelor’s degrees with honors in both economics and Spanish at Loyola Marymount University in Los Angeles, CA.

Ms. Hackney has particular experience in:

Ms. Hackney’s work at Intertox has involved providing scientific support regarding potential environmental and human health impacts of landfill wastes to nearby communities and ecosystems. Ms. Hackney is also involved in a project to update research concerning the continuing ecological effects of deepwater ocean dumping of DDT wastes in the Southern California Bight. She has also developed numerous technical documents for agencies such as Oregon Department of Environmental Quality, Oregon Department of Fish and Wildlife, and Willamette River Keepers.

MICHAEL C. MALONEY, RAC, works with Intertox clients who need to gain Food and Drug Administration (FDA) approval for drugs and medical devices. Mr. Maloney has helped medical device and drug companies bring products to market for more than 30 years. He has regularly provided hands-on management of companies in these fields. Both as a consultant and as an employee, he has led new product development step-by-step from approval process to launch.

Mr. Maloney has particular experience in:

Mr. Maloney has an extensive experience as a regulatory affairs subject matter expert. He co-founded the Novent Group in 1991, providing regulatory consultation for a broad range of medical products leading to numerous marketing authorization successes. He has also provided regulatory consultation as the president of LaHaye Laboratories (1996-2001) and the Head of Regulatory Affairs at ZymoGenetics (2005-2009), he shepherded numerous products to FDA approval, including the clotting solution Recothrom. As an expert in regulatory affairs, Mr. Maloney serves as a liaison on major cases, working with clients to create strategies to win regulatory approval, craft the appropriate dossiers for submittal to regulators, negotiate with regulators, and maintain post-approval commitments to ensure continued regulatory compliance.